Mental illness is the main sickness of the working age population with economic costs around 8% of GDP. This column, based on the authors’ recent book, discusses the effectiveness of a large programme of psychological therapy, launched in England in 2008. The savings due to welfare benefits, extra taxes, and physical healthcare outweigh the costs of the programme. In this case, psychological therapy costs nothing.
In rich countries, 38% of all illness is mental illness.1 It particularly affects people of working age where it accounts for 50% of the total (see Fig 1). The overall economic cost has been estimated at 8% of GDP, not to mention the massive suffering involved. Policymakers increasingly wonder what they can do about it.

Fortunately, the last forty years have seen huge progress in evidence-based psychological therapies, especially cognitive-behavioural therapy. For people with clinical depression or chronic anxiety disorders, this leads to 50% recovery rates, with many others also improving substantially. It also halves the likelihood of relapse; in this respect, it is more effective than drugs. It is also what the great majority of patients would prefer (McHugh et al. 2013).

Yet, in most countries only a tiny minority of people with depression or anxiety disorders get evidence-based psychological therapy, meaning a therapy supported by the Cochrane Collaboration or Britain’s National Institute for Health and Care Excellence. In Britain in 2007 one in six people (surveyed in their homes) met the diagnostic criteria for depression or anxiety disorders like OCD, PTSD, panic disorder, or social anxiety disorder. Of those, 1% received evidence-based psychological therapy. The situation is much better today in England thanks to a major programme of training and service development, called Improving Access to Psychological Therapies, which began in 2008. By now it is assessing about 13% of the diagnosable population, and treating about 8% — nearly half a million people. It has been called ‘world-beating’ in the journal Nature. But still, the whole country is not covered and waiting times are dangerously long. The authors and many others are arguing that the programme needs to double by 2020.

A central issue has always been cost, and one appeal of the programme to policymakers has been the cost savings which it generates. Averaged over all patients from mild to severe and all lengths of treatment (from those who drop out after 2 sessions to those who get up to 20 sessions), the cost per patient is £650. Against this, we have to set the savings on, first — welfare benefits — and then — physical healthcare.

As we have mentioned, mental illness is the main illness of working age. In most rich countries about 1% of the working age population is on disability benefits due to depression or anxiety disorders. In Britain, one such person costs the government £650 a month more than if they were not on benefit. (This includes both the benefits and reduced tax payments.) So, suppose we treat a representative group of people with depression or anxiety disorders. If, as a result of the treatment, 4% of those treated worked an extra 25 months, the average patient would be working one month more than otherwise. This would be enough to repay the cost of the treatment.

Is 4% a realistic estimate? A number of randomised trials in the US and Britain come up with much larger numbers (Layard and Clark 2014). So, more psychological therapy is hugely in the interest of Finance Ministries worldwide.

But on top of this, there is another equally important area of savings – on physical healthcare. Suppose we take two people with the same type and degree of physical illness, but A also has depression or an anxiety disorder. Then A will get around 50% more physical healthcare than B – partly because of the physiological effects of mental illness, partly because of unhealthy habits, and partly due to extra levels of anxiety. Figure 2 shows some striking figures on the effects of depression from the Colorado Access insurance scheme.

Of course, not all mentally ill people have physical problems, though over 50% do. But in England, the biggest future expansion of psychological therapy will be among people who also have physical problems. In such cases the savings are even greater if the psychological therapy is explicitly tailored to take into account the physical problem – such as breathlessness, heart, or back pain. Numerous innovations of this kind have shown huge savings in the cost of physical healthcare – often up to four times the cost of the psychological therapy. For example, Figure 3 shows the progress of Swedish patients discharged from hospital following a heart attack. One set of patients was given group cognitive-behavioural therapy in twenty sessions over a year, the other was given none. 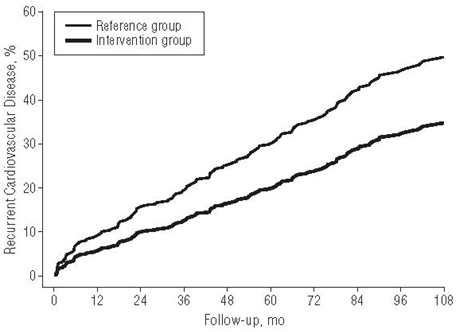 Note: All readings are adjusted for initial medical condition.

We can summarise our cost findings in Table 1. In most countries the savings in benefits and taxes accrue to the public finances, and may be of little interest to those who finance healthcare. But the healthcare savings accrue to exactly the same authorities who finance the psychological therapy (in Britain — the National Health Service, and in most other countries — the health insurance system).

Against this background, the case for expanding psychological therapy is surely overwhelming. It responds to a huge problem. It is effective. It would cost nothing to the system. And it would relieve a mass of suffering. 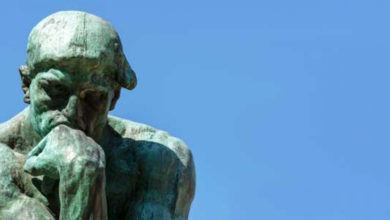 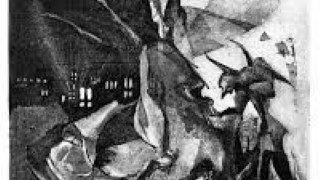 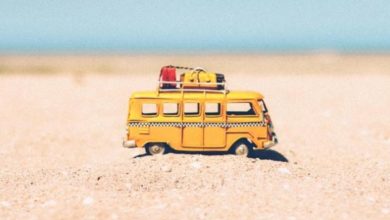 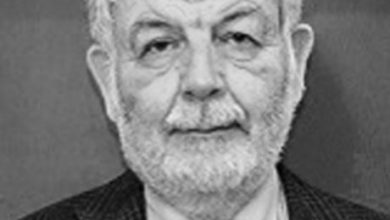 Giovanni Liotti (1945–2018): the Pied Noir of research in attachment and psychotherapy